When 11 insurance startups sat down to work for the first time in the Stilts Building last January, they held the hopes of an anxious industry. They’d come to Hartford for the city’s inaugural, and untested, accelerator program, the Hartford InsurTech Hub. The second group, announced this week, will be walking into something more established.

With CVS committing to keep Aetna in Hartford, and other corporate giants looking to tech startups for big ideas, the once-lethargic industry has regained some of its insurance stature. 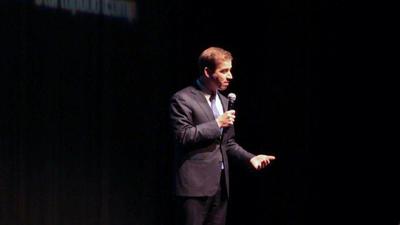 In November, the National League of Cities and Schmidt Futures recognized Hartford as “the country’s premier destination for insurance technology.” They named Hartford to a new initiative, the City Innovation Ecosystems program, which is highlighting 50 cities that have made significant commitments to local entrepreneurship, STEM education or innovation.

The insurance industry employs about 60,233 people in Connecticut, up 2.6 percent from last year, according to PwC’s 2018 Connecticut insurance market brief, released last week.

And each new job in the insurance industry adds 2.32 jobs to the Connecticut economy, up from 1.92 jobs last year, the brief showed. “We have built strong foundations over the last 18 months and we’re on the way to transforming the City of Hartford into the InsurTech capital of the US,” said Sabine VanderLinden, CEO at Startupbootcamp InsurTech. Through 2019, Hartford will be tracking changes in its insurance ecosystem, like the number of tech startups, amount of engagement and support from corporations and number of tech events, NLC said. 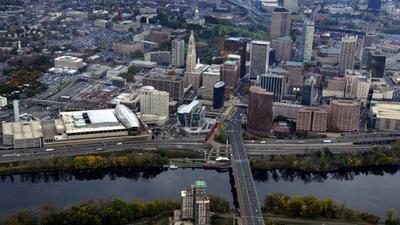 The growth isn’t confined to the Hartford InsurTech Hub. According to PwC’s November report, Travelers tested new digital tools to improve outcomes for injured workers, Voya expanded its retirement plan administration business — which is based in Connecticut — and Hartford Steam Boiler opened an innovation lab.

On Wednesday, Hartford will see another leap forward as Indian software giant Infosys opens its regional tech hub downtown, with labs for underwriting and claims fraud. But the Hartford InsurTech Hub is growing, too. On Monday, the organization announced it had a new partner in Aetna, the nation’s third-largest health insurer.

They’ll help advise the second cohort of 10 startups, which will spend three months working out of Upward Hartford, a business-support organization and co-working space in the the Stilts Building at 20 Church St. 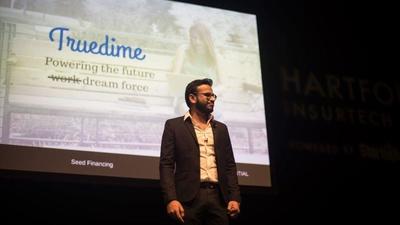 The companies were whittled down from 230 applicants and 22 finalists, all scouted during a five-month, worldwide tour to promote the Hartford InsurTech Hub in 10 countries.

Here are the startups, which are heading to Hartford in February:

A peer-to-peer insurance network for your stuff, like electronics, jewelry, appliances, bicycles and furniture, with the snap of a photo. The Johannesburg-based startup was fully launched in July 2018.

While premiums go toward paying the claims of all Pineapple users, any unused premiums are returned in cash at the end of the year. Pineapple plans to expand to auto insurance next.

A marketplace for property insurance repairs, which matches verified repair companies with claims in their area, and handles their administrative tasks, like invoicing.

A financial technology company that won the top prize of $1.5 million from the 2016 Connecticut Innovations Venture Clash, a state-funded, international competition for tech startups.

At the time, Dream Payments was designing and developing cloud-based payment platforms for businesses. It opened an office in the Stamford co-working space Comradity and is now developing software for the insurance industry.

A roof-measuring app that carries out property inspections.

A social network that connects customers to more than 190 health systems — including Yale New Haven Hospital and Hartford HealthCare — and 700,000 doctors to email, request personal health records and chat in real-time with your care team.

The startup is based in New York.

A licensed insurance broker in all 50 states for the emerging drone industry, with options for on-demand and monthly plans.

The startup is based in California

An Internet of Things tool for business-to-business supply chains.

The startup’s devices and sensors send real-time data on shipments, from conditions like temperature, humidity and pressure to transportation issues like traffic and truck crashes.

A platform that keeps customers and insurers communicating during the claims process.

Founded in 2017, the startup’s software tracks a claim's status, sends automated notifications, offers direct communication with your claim assessor, document sharing from your preferred device and a virtual assistant for after-hours support.

A smart light bulb that monitors quality of care in senior living. The SafeLight bulb transmits information about health and safety, to guide businesses in their insurance policies.

The device is meant to help reduce the cost of claims for things like falls and ulcers, failing to monitor residents in skilled nursing and assisted living homes, and senior assault, abuse and neglect.

The startup is based in Georgia